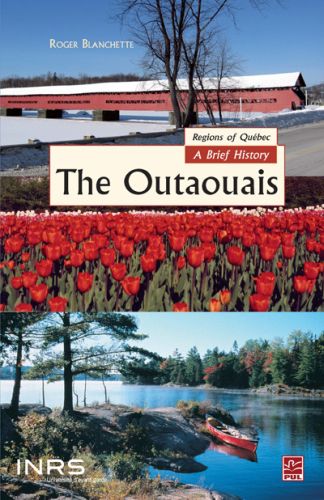 The Outaouais is a poorly known Québec region. Perhaps this comes from being a border area that has existed, according to many, in the shadow of ­Ottawa, the federal capital.

Yet its history has been in the thick of all the great turning points of Québec's history. The river that gave the region its name was already during the Amerindian period a great trade route through eastern North America, before becoming a highway for voyageurs and fur traders. In the 19th century, the same river was central to the forest industry and the timber trade. Here too were some of the earliest trade unions, including the first women's union in Québec, and the province's first great labour battles of the late 19th and early 20th centuries. The social struggles that marked the city of Hull in the 1970s had impacts far beyond the region's boundaries.

In short, this book will help you better understand a Québec region that has had a very rich and eventful history. Whatever some might say, it is not an Ottawa suburb.