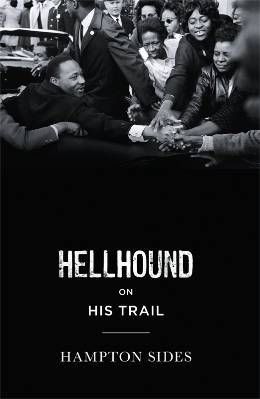 Hellhound on His Trail is the story of two very different men whose lives catastrophically interweaved over the course of some nine months in the late 1960s: one was a thief and con man called James Earl Ray, the other one of the greatest American figures of the twentieth century, Martin Luther King Jr.


Drawing on a remarkable range of new material, Hampton Sides's brilliant new book recreates the story of Martin Luther King's assassination, following in Ray's footsteps as he makes his successful escape from the ferocious Missouri State Penitentiary, creates a new identity for himself and becomes convinced of his mission to kill King. Hellhound on His Trail is equally the story of King himself in his last months: his peaceful campaign under ever greater pressure from more violent elements in his coalition, with King fighting to keep his ideals alive in the face of intensive FBI surveillance and his own exhausted frustration.


With relentless storytelling drive, Sides follows Ray and King as they crisscross the country, one stalking the other, until the fateful moment, on 4 April 1968 at a Memphis hotel, when the drifter finally caught up with his prey. Nationwide riots were sparked by the assassination, and the largest manhunt in American history then spent two months trying to track down King's murderer following his flight. Hellhound on His Trail cross-cuts between Ray and his hunters, ending in Ray's final capture in London.


A brilliant recreation of the late '60s, and the definitive account of one of the darkest moments in post-War America's history, Hellhound on His Trail is a triumph of gripping narrative.